Some shows are just more fun than others. 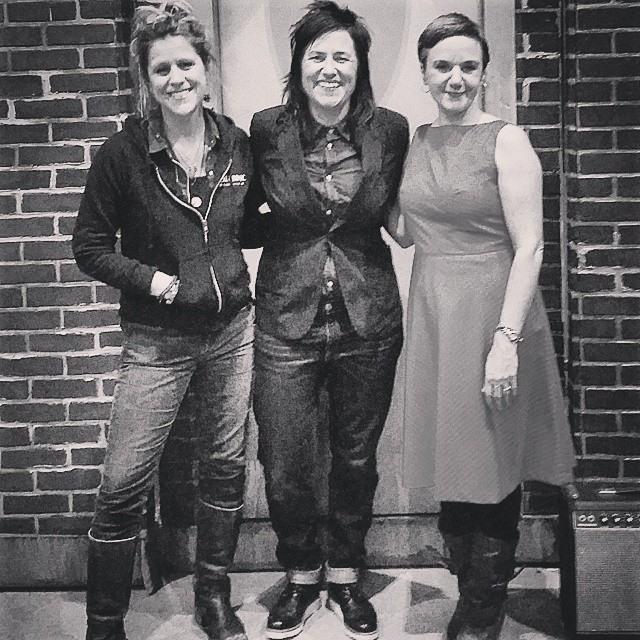 That’s the truth and instead of wishing every gig was like that, I think the better choice is to acknowledge it when it happens and even better, realize it as it’s happening!!

I was lucky enough to have one of those experiences last week at the Lyric Arts theater in Anoka. I knew I was excited to be on the same bill as Tina Schlieske (Tina and the B-Sides) and Molly Maher (The Disbelievers), but the event was so much better than I even anticipated!

From the moment we arrived (I played with Clay & Simon) the staff took care of us so well. There was a star on the load in door, and I must say they treated us like stars! Very nice.

The sound quality was amazing and Ryan, our sound guy was a real pro. The theatre filled up almost to capacity and we played a fun and relaxed set. The audience laughed and drank wine as we played, but listened! So intently, so sweetly to every tune. I don’t say this word often, but I felt blessed. It’s not an easy thing to listen to songs you don’t know, one after another. I try to never become self indulgent enough to think people will listen to every word and note I play…. but when they do! Magic!

Huge thanks to both Tina, and Molly for being the perfect bill mates! They are both such incredible songwriters and more importantly really nice people!

I got a lot of nice feedback on the new song ‘Lily’ that night. Funny how many people shared with me that they have a child or grandchild called Lily!  For those of you that asked, the song will be out soon.

I plan to release two new songs on itunes and a limited CD run on my birthday. April 8th.

That night and every Wednesday in April I will be at the Aster Cafe in Minneapolis. See website for details.