Thank you to everyone who attended the CD release show. It was such a release!!! The most fun and in control I have ever felt doing a show. I know I play a lot and sometimes I wonder if it’s too much but this was as good as it gets.

The band, as always, were amazing. Clay, Simon, Reed and Chris were perfection personified! I felt so supported up there by them and I have to pinch myself that we get to play together. Thanks also to Terry Isaachsen, Paul Odegaard, Kevin Bowe (Amazing as an opening act too), Daniel Nass and my little Daisy Vanderwood, for filling out the night and bringing their talents to the stage.  We played a selection from the first record, including ‘Wish You Were Here’ which is a song I have only performed live a handful of times. It’s an extremely overwhelming song for me to perform and was in semi retirement LOL! It felt good to sing though to such a friendly room. I decided to throw in a couple of classic tearjerkers too, “The End Of The World” and “You Don’t Have To Say You Love Me’. These songs are so fun to perform and it felt amazing to get back to my roots just pouring my heart out in a song and not worrying about playing the guitar or uke.

Speaking of guitar, I unveiled “Ruby Sparkles” my new DanElectro and paired her up with my sparkly Fender amp! They looked so pretty next to Chris’ red drums! Quite the lineup. 90 + minutes of music and the most rounded out show I have ever felt like I played. Ending the night with Paul playing trumpet on ‘Ring of Fire’ was incredible!

After that the speakers at ICEHOUSE (Amazing venue!!!) blasted the dance version PEARL Re-MIX!

Thank you to all of the press articles that built this up and supported the record. I am thrilled with how it is being received and it’s incredibly encouraging. Congrats to Lily Vanderwood for selling SO many of her t-shirts. She worked the booth all night and was a star!

Taking a little rest this month and then we’ll be back at the Aster Cafe for a month of shows in December. Every Wednesday with special guests. 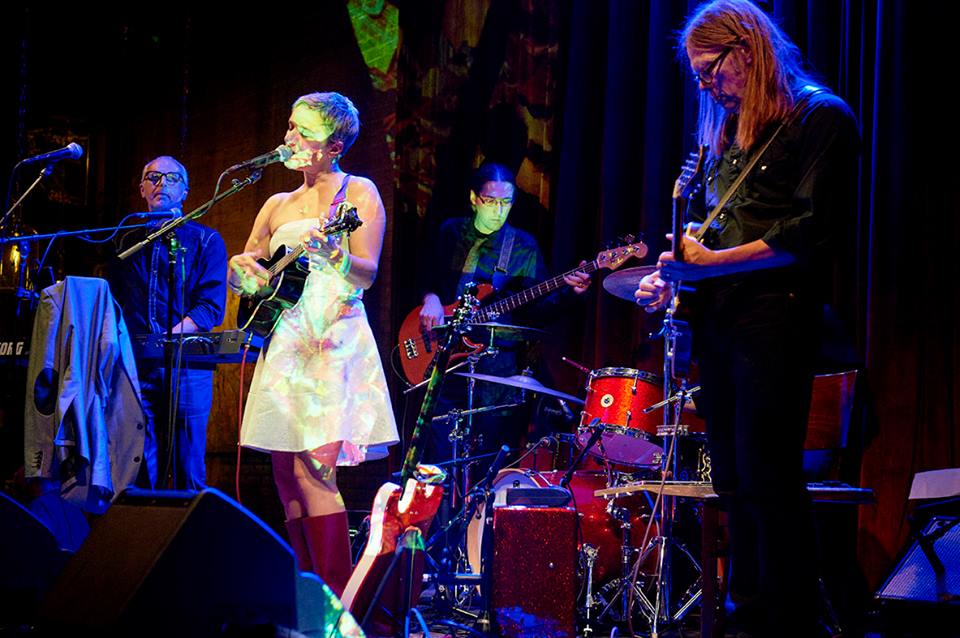