Here is the link for ticket and show info. Tickets on sale today at noon. 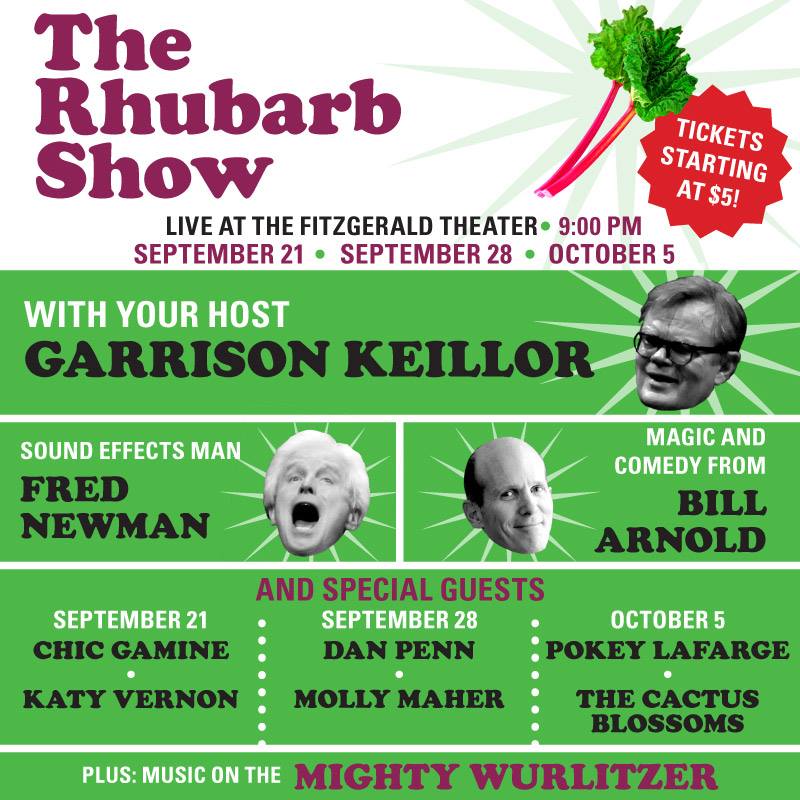 I am beyond excited to announce a new show.. here are the details!!!

After a record sell-out of tickets for the fall season of A Prairie Home Companion, host Garrison Keillor has announced that he’s creating a new, non-broadcast variety show entitled The Rhubarb Show which will be “a club version of the radio show” and will premiere on Saturday, September 21 at 9 p.m., following the broadcast of A Prairie Home Companion at the historic Fitzgerald Theater in downtown St. Paul.

Each of the shows will feature some guests from the APHC broadcast, as well as some local talent we’re excited to showcase. Sound effects wizard Fred Newman will be featured each week along with magician Bill Arnold, and musical guests include: Chic Gamine, the Canadian girl group (with a guy drummer), and Katy Vernon (September 21) and a few other surprises.